Following the tragic death of her husband, Kate Maddicott decides to shoulder the burden of running the family farm for the sake of her young children. The farm has been in her husband’s family for generations, and Kate is keen to maintain a sense of stability for those she loves. Set at the height of the farming crisis in the early 90s, these are far from easy times and Kate is also struggling to come to terms with the nature of her husband’s death. Local gossips are questioning the idea that Dan Maddicott’s shotgun went off by accident, and the fact that his life insurance has provided temporary financial respite only adds to their suspicions. Fuelled by a promise to her young son to prove that Dan didn’t kill himself, Kate embarks on her own discoveries about the years running up to her husband’s death. What follows is a fascinating story of historical grudges and a tragedy which has its origins in the 1940s.

I enjoyed the way Kington moves between Kate’s present, Dan’s struggles in the nineties, and the older story of the 1940s. The layering of her narratives establishes her central strands very effectively, and the fact that Dan is dead when the novel starts makes his chapters, starting initially a decade earlier, poignant to read. We see him as a young farmer, newly in love with Kate, and with all the optimism that this time of life contains. It is a sign of Kington’s craft that these characters all feel so real, so much so that I kept forgetting that we know Dan is now dead. Kington is very good at characterisation, bringing a whole range of personalities alive, sometimes with a single and perfect line.

Kate is a figure hit by overwhelming grief, but she is surrounded by support and love. Set against her narrative is the tragic figure of Susan, a pregnant young woman who, in 1943, finds herself alone and vulnerable. Her story, together with that of her son, Frank, in the later scenes, provides some of the most heart-breaking moments of maternal love I’ve read, and it is this shadowy figure from the past which has stayed with me.

This is an engrossing family history with a very satisfying conclusion. It’s an excellent read, and one I’ll be buying as presents for family members this year. Highly recommended.

My thanks to Rachel @rararesources for my review copy.

When farmer Dan Maddicott is found shot dead in one of his fields, he leaves behind a young family and a farm deep in debt. Although the coroner records accidental death, village rumours suggest he has taken his own life so that the insurance payout can save his family from ruin.

Dan’s wife, Kate, refuses to believe the gossip and is determined to prove to herself, and her children, that his death was an accident. But could it have been murder? Kate discovers a set of old diaries containing secrets that may reveal how Dan really died.
Set against the backdrop of the farming crisis of the turn of the millennium, Caroline Kington’s absorbing family drama also tells the secret history of another resident of the farm, decades before, whose tragic tale will come to have major repercussions in the present day.

Purchase Links:
Readers can order the book from the Lightning Books website at 50% off (with free UK p&p) if you enter this code at checkout – BLOGTOURSHAD
http://eye-books.com/books/a-long-shadow
Amazon UK- https://www.amazon.co.uk/Long-Shadow-Caroline-Kington-ebook/dp/B07QSTSC33
Amazon US – https://www.amazon.com/Long-Shadow-Caroline-Kington-ebook/dp/B07QSTSC33

Giveaway to Win 5 x PB copies of A Long Shadow (UK Only)
*Terms and Conditions –UK entries welcome. Please enter using the Rafflecopter box below. The winner will be selected at random via Rafflecopter from all valid entries and will be notified by Twitter and/or email. If no response is received within 7 days then Rachel’s Random Resources reserves the right to select an alternative winner. Open to all entrants aged 18 or over. Any personal data given as part of the competition entry is used for this purpose only and will not be shared with third parties, with the exception of the winners’ information. This will passed to the giveaway organiser and used only for fulfilment of the prize, after which time Rachel’s Random Resources will delete the data. I am not responsible for despatch or delivery of the prize. 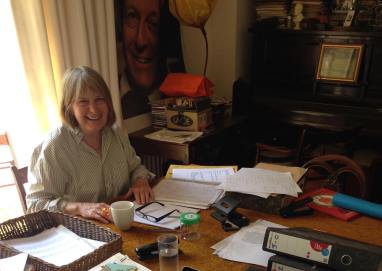 Caroline Kington spent most of her working life in theatre and television, as a director, producer and founder of the fringe theatre company Antidote Theatre.

Since the death of her husband Miles Kington, the columnist and broadcaster, she has posthumously published three of his books: a humorous memoir of his illness, called How Shall I Tell the Dog?; a collection of his columns and other writings, The Best By Miles; and a collection of his celebrated ‘Franglais’ columns that had not appeared in book form before, Le Bumper Book of Franglais.

In her own right, she is the author of the Summerstoke trilogy of rural comedies. She insists that no character in the series is based on anybody from the small village near Bath where she has lived for many years. Nobody believes her.

Her novel A Long Shadow had its origins in a feature she made for Channel 4 News at the turn of this century about the pressures on farmers as a result of BSE and foot-and-mouth disease.

Join the rest of the tour here: 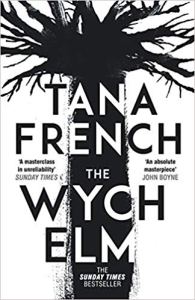 For Book Lovers and Random People

We are all in the gutter, but some of us are looking at the stars. Oscar Wilde

Two friends swap books and chat about them

The ramblings of a simple book blogger. Book reviews, book discussions, and more!

Book reviews from that girl who is always reading.

Reviving my love of books and storytelling by reviewing my latest reads.

Happily addicted to all the Bookish things