In her third novel, Haynes has, as the muse Calliope says, ‘picked up the old stories and … shaken them until the hidden  women appear in plain sight.’ And it is a great cast that tell us the story of Troy and its aftermath from this female perspective. Helen is present, but Calliope tells us, ‘I have had enough of Helen. Enough of her beauty, enough of her power.‘ In this version, we hear from Penelope, who has a brilliantly dry tone whilst she waits for her husband to return from war, ‘because really, how many cannibalistic giants can one Greek plausibly meet as he sails the open seas?’ – and from the tragic Iphigenia, sacrificed to get the ships to sail. We are present at Thetis’ wedding, and we meet the brave and heartbroken Amazon warrior, Penthesilea, who is rescued by Haynes from the degrading treatment she receives in Robert Graves’ poem.

Haynes has also included lesser-known figures – such as Laodamia, the grieving widow, ‘a woman who lost so much so young deserves something, even if it’s just to have her story told’ – and by choosing female figures across the generations (deities and mortals alike), we are able to see the layers of histories surrounding the story of Troy itself. A plea from Gaia, one of the oldest of the goddesses, shows that the origins of the war lie not in Paris’ snatching of another man’s wife, but in the anxieties felt by the ultimate matriarch as mortals demand more and more from the land they live on.

This is a story of cruelty and immense suffering – Andromache’s story is particularly tough to read – but it is also bloody funny at times. Anyone who’s listened to Haynes’ Radio 4 programme, Natalie Haynes Stands Up for the Classics will recognise the tone used to describe Zeus’ reluctance to respond to his wife and daughters and their quarrel over the golden apple during Thetis’ wedding.

‘Perhaps it’s mine, Hera said. Did either of you consider that?

The gods looked around and eventually behind them to see the tall, bearded figure of Zeus, walking quickly out of earshot.

‘We can all see you sneaking off,’ Hera snapped.’

In her focus on retelling the story of Troy from a female perspective, I wondered if Haynes was going to be sailing dangerously close to Pat Barker’s The Silence of the Girls, but Briseis is seen only briefly as she comforts the younger Chryseis and helps her to survive her captivity. This is just as brilliant a novel as Barker’s, but with a wider focus, one which wants to tell all the stories. As I’ve commented on here before, I still feel the gap in my learning left by the fact my school didn’t do Latin or Class Civ. – Haynes is brilliant at filling that deficit and bringing the ‘old stories’ alive in a new way. Haynes was awarded the Classical Association Prize in 2015 for bringing the classics to wider audience. This year, I think she has a strong chance of winning the Women’s Prize for Fiction for doing this so brilliantly in A Thousand Ships. 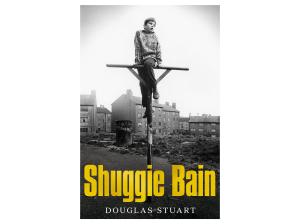