Good morning! Today I’m heading back out on the interview trail after quite a long break. Chatting to me today is Rachel Fearnley, author of Our Family and IT, a very moving novel which explores the impact illness has on a family.

Rachel, thanks very much for joining me. I very much enjoyed reading your novel. My first question concerns the way you’ve structured the story – why did you decide to allocate the chapters to different family members?
I wanted to give each family member a voice and to tell the story from their perspective. The decision was based on experience from my practice and research. The foundation of my PhD was that children should be the primary participants so that their narratives informed the research. Children are rarely involved in research and equally their voices are not always given primacy in our society, especially on important issues that are affecting them. I therefore wanted to engage the reader in a ‘conversation’ with each family member to hear from them what it was like living with a parent who was ill. I felt it was really important that all three children were given space to tell their stories and within this to illustrate how the illness was affecting them and how it could potentially affect children generally. I was mindful that I needed to balance the narratives to ensure that they were formed into a credible, engaging story while at the same time offering an insight into family life when a parent has a life-limiting illness. 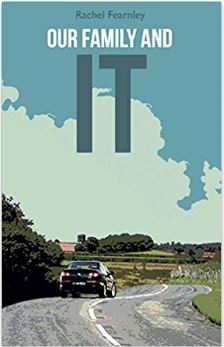 Which character’s voice did you find it easiest to write? Which was the hardest?
I think the easiest character to give voice to was Angela. Again, I was drawing on my practice experience and research. I felt it was important that Angela was central to the story so that through her I could develop the plot to then bring in the other family members. My research has indicated that there is, at times, a disconnect with professionals responsible for the care of the patient. The patient is at risk of being seen as ‘the patient with such and such illness’ and not as Angela who is a mother and who needs to continue being a mother. I therefore needed Angela to show that following a diagnosis the parent is faced with many difficult dilemmas, but fundamentally remains a parent.
The hardest character to give a voice to was probably Daniel. I have least experience of working with teenage boys and so was more cautious that I was representing him accurately.

I thought Daniel’s story was really well done. Which aspects of the novel involved the most research for you?
Some of the chapters where Daniel is reflecting on the situation needed to be researched carefully for accuracy. I was very grateful to a Police Officer whom I accosted in the street and who kindly gave information about the procedures when young people are truanting from school! Because the idea for the story grew, in part, from my research, a lot of the hard work had already been completed. The smaller details also needed to be considered and checked for accuracy, for example in relation to the briefest of mentions of the off-shore windfarm.

You’ve explained, at the end of the book, why you’ve decided to keep the illness of your main character non-specifically ‘IT’ – did that pose any problems in terms of plot or creating key scenes?
I think this actually helped in my writing and in some ways freed up my creative flow. I have very little medical knowledge and so deliberately avoided writing about something that could easily have been inaccurate. I wanted to focus on the social and emotional dilemmas and problems often associated with life-limiting illness, but also did not want to be illness specific. I don’t think it matters what the illness is, it still presents the family with many challenges and changes that need to be managed carefully. I hope that by writing about ‘IT’, and not a specific illness, more people can relate to the story.

Your locations are very vividly drawn – do you use familiar places and landscapes in your writing?
Yes, I have used Yorkshire as the family home as I am stubbornly proud of my Yorkshire roots but then also weaved Norfolk into the story because of my love of this part of the country. Within the story the two primary locations offer different representations. Firstly, home which is where the illness is being played out and secondly Norfolk which represents the ‘safe’ place for the family. The place where they can temporarily escape from the worries and stressors of ‘IT’ and revert back to pre-illness normality, albeit very briefly. When writing the book, I vividly saw the different locations. Now when I am in Norfolk and drive past the house that was the inspiration for granny’s house, I always have a sneaky look in and send my best wishes to granny!

I have to say, I cried on quite a few occasions reading this. Which scenes were the hardest to write, and why?
I think possibly the hardest section to write was when Angela was writing her letters to the three children (yep – that’s one of the moments I had to grab a tissue). This is an emotionally charged chapter and I was conscious that I needed to really get it right. I wanted it to be from the heart and to have impact but also tried to understand what Angela might want to say to her three children. I wondered what messages a parent would want to give to the three different age groups within the story. This was the chapter that I most needed a break away from when I had completed the first draft.
Another chapter that I had numerous conversations with myself about was Rebecca’s experience with Dave. I couldn’t decide whether to keep that chapter; I finally decided that it should remain because it highlights the potential vulnerability of a young woman away from home.

The story is largely focused on the family at the heart of your story, but Dora is one of the secondary characters who stood out for me. Where did the idea for this character come from?
Dora again developed as a result of my research. When I have had my academic writing hat on, I have written about the importance of ‘fellow travellers’ who are alongside the children of ill parents and who offer support along the way. Dora is that fellow traveller, she has personal experience of parental death and while she is recognised as being a friend to Rebecca there is also a distance between them. They are unlikely to go on regular girls’ nights out but have a common understanding that is so important for Rebecca.

How long did it take you to write Our Family and It? How did you go about creating the novel?
The actual writing took a matter of months. The chapters tended to flow quite easily and the plot developed almost organically as I was writing. I knew what I wanted to convey within the story. It was really important that this ordinary family were given the platform to highlight how they were suddenly faced with extra-ordinary challenges because of the arrival of ‘IT’. The novel was developed from a sense of frustration. My conventional attempts to make a difference for children and families living with a parent with a life-limiting illness seemed to be hitting many barriers and so when my partner suggested that I write a novel I thought, why not?

I initially planned for there to be four children in the family including twins. However, because Nathan drove an estate car, the twins had to go – I couldn’t safely fit them all in the car! I carefully chose the ages of the three children to highlight how children at different ages and stages are likely to manage the situation. I drew on my many years’ experience working with children and research about how children at different ages cope during their parent’s illness. I was keen that a central theme should be around communication and how this is so important for all the family members. I also wanted to integrate into the plot the male identity and how illness can impact on that. I think there often remains the view that men should be brave and strong and cope when in reality they too have many different emotions to deal with. 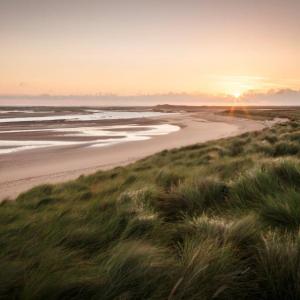 Where do you write? Do you have a favourite spot?
The writing was mainly done at home; however, I did manage to convince my partner that in the name of research we needed a few weekends in Norfolk! The point when I was happy with the completed draft coincided with our annual week’s holiday in Norfolk so I read each chapter while there which felt quite fitting. Through necessity, most of the writing was completed in the study; however, I did lose myself on a number of occasions and I found myself sitting on one of my favourite North Norfolk beaches doing some virtual writing!

What do you hope your readers will take from your novel?
First and foremost, I want people to enjoy reading Our Family and IT and to form relationships and connections with the different characters. But I also hope that during the reading process people stop and question some of the scenes. An example of this was when a friend of a friend was very kindly proof reading a late draft for me. During their feedback they commented on Daniel’s chapters where things go a little wrong for him. They said that they enjoyed them but then asked me whether that kind of behaviour would really happen. I was able to explain that research clearly indicates that yes, this kind of behaviour would be very likely to happen. Their feedback really heartened me, they had questioned the accuracy of the content, and Daniel’s behaviour had made them stop and think. For me that was a sign that the book had worked – a novel with a social conscience.

Absolutely! Thanks very much for taking the time to chat, Rachel. Good luck with the writing! 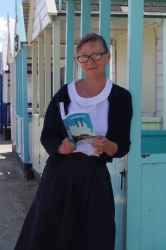 Our Family and IT is Rachel’s debut novel. Rachel has worked with children and families for over 30 years, she is a qualified and registered social worker and now works as an independent researcher, trainer and campaigner. Rachel’s primary area of academic interest is the impact of parental life-limiting illness on children and family life. She has previously written academic books and papers on this subject. Our Family and IT is the story of how a family try to manage following the mother’s diagnosis of ‘IT’ a life-limiting illness.

If you would like a copy of Rachel’s novel for the discounted price of £6.00 including p&p (it is usually £7.99 plus £2.80 p&p from Amazon), DM Rachel via Twitter @RachelFearnley1 or email her at rachel.fearnley@yahoo.co.uk.

One thought on “An Interview with … Rachel Fearnley” 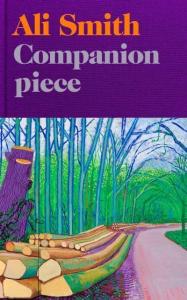