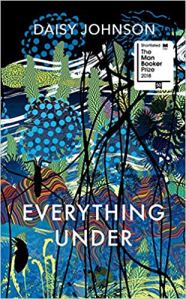 This is a slippery, knotty, complex story which circles around the relationship between Gretel and Sarah, her aging mother who is slowly disappearing into the fog of dementia. When Gretel was a child, she and her mother had spun a closed linguistic world of their own, coining new terms to suit their lives. The most notable of these had been for ‘the Bonak’, their shared name for the sense of threat at the edge of their isolated watery world. Later, when the two are reunited after a long separation, Gretel, fittingly now a lexicographer, notes the slow erosion of her mother’s language. Basic words evade her; sentences, as perhaps indicated in Johnson’s title, are left incomplete. On a visit to Gretel’s office, her mother reacts to her new state in desperation, ‘I see between your closing fingers a couple of phrases from the word I was working on before I left. Sustain an injury / become inoperative / amniotic fluid. You tear them and – as I move forward again – push them into your mouth, swallow, cough out strips of yellow paper.’ Language is to be consumed, tested, but can also give shape to that which frightens us.

The other element of the narrative follows a young girl, Margot, who has been raised by adoptive parents but who is presented with a terrible truth about herself. She has struggled to express herself in her past, but now finds a way of escaping her reality and her life becomes entwined with Gretel’s and Sarah’s on the river. Gender identity plays a significant role in the narrative, allowing Johnson to play with our expectations and the classical tale she’s incorporating into her modern-day narrative. As an examination of motherhood and female identity – things are never going to run smoothly when Sophocles is one of the inspirations for a novel – this is a claustrophobic look at dependency and love, and when family bonds are broken, there is a sense of an unmooring. The fluidity of identity is explored throughout – the novel is set primarily on the Isis (swimming pools and baths also feature), Gretel has been brought up on a boat, and her watery upbringing leaves an indelible mark on the way she views the world around her: ‘This place was a boat in another life. That month there were seams of damp around all the walls; in the sudden hill-winds the chimney coughed down bird’s nests, shards of eggshell, balls of owl pellet.’ Nature is also an ever-present feature, but offers little in the way of cosy consolation. The characters live in liminal spaces, ones which sit outside of conventions and which are subject to different laws and expectations.

Narrator-shifting, time-shifting, gender-shifting – nothing is fixed or neatly organised here. It makes for a challenge at first – it took me a little while to feel something for these characters – but it suits the fluidity of the narrative, and the plot’s revelations are slowly spun into place, creating a sense of foreboding from the outset. As Gretel says about her mother’s state of mind in the first chapter, ‘memory is not a line but a series of baffling circles, drawing in and then receding.’ This elusive quality produces a striking debut novel, one which was touted as a possible winner of this year’s Man Booker Prize. It obviously didn’t win, but I suspect Johnson will feature on future shortlists. 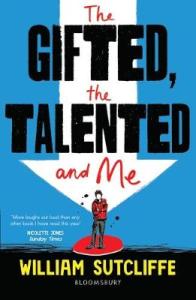 Literature and other musings