Today, I’m welcoming Charlie Laidlaw to Books and Wine Gums to talk about writing and his literary heroes. You can read my review of his novel, The Things We Learn When We’re Dead here

Hi Charlie, tell us a little about your writing to date.

I’m also the author of The Herbal Detective, written as Charles Gray.  I started out as a journalist, then into PR, so I’ve really been a professional writer all my working life.

I loved your latest novel – where did your inspiration for The Things We Learn When We are Dead come from?

The idea came to me on a train from Edinburgh to London – an apt place to have a book inspiration as Edinburgh is the only city in the world to have named its main station after a book.  When I got home I wrote the first and last chapters.  The first has changed completely, but the last chapter is pretty much as I first wrote it.

Did your intriguing concept of the afterlife arrive fully formed, or was it a set of ideas which you built up over time?

I think you can only have bite-sized chunks of inspiration.  So the ideas that found their way into the book developed over time.  Likewise, some of my original ideas were written out.

Keyboard, although I do (sometimes) carry a notebook for any ideas I might have.

When did you know you wanted to be a writer?

Since always.  I wrote my first “novel” by the age of fourteen.  My second a few years later.  I chucked my first onto a bonfire, but I have that second book…which is rubbish!

What is the best part of being an author?

Having people say nice things about my books.  Writing is a solitary and isolating pursuit, and you never know if what you’re writing is any good.  It needs the validation of readers, and I am always grateful for good reviews.

I’m not sure there is a worst!

Who are your writing heroes?

Too many to list them all.  But Ernest Hemingway and Fay Weldon would be up there.  Likewise John le Carre, Iain Banks, John Updike, Paul Theroux and Joanne Harris. 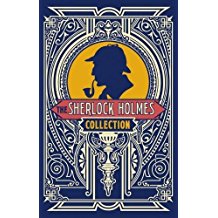 If you had to be stranded on a desert island with three fictional characters, who would you choose, and why?

My next book is provisionally entitled Darker Matters and will, hopefully, be published in the next year.

Thank you very much for taking the time to answer these questions!

I’m the author of two novels, The Herbal Detective (Ringwood Publishing) and The Things We Learn When We’re Dead (Accent Press).  A third novel, Darker Matters, is due to be published in the next year.

I was born and brought up in the west of Scotland, and am a graduate of the University of Edinburgh.  I still have the scroll, but it’s in Latin, so it could say anything. I then worked briefly as a street actor, baby photographer, puppeteer and restaurant dogsbody before becoming a journalist.  I started in Glasgow and ended up in London, covering news, features and politics. Surprisingly, I was approached by a government agency to work in intelligence, which just shows how shoddy government recruitment was back then.  However, it turned out to be very boring and I don’t like vodka martini. Craving excitement and adventure, I ended up as a PR consultant, which is the fate of all journalists who haven’t won a Pulitzer Prize.  I am married with two grown-up children and live in East Lothian.   And that’s about it.