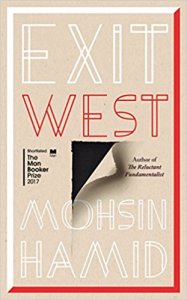 This novel, whilst timeless in its depiction of people forced to leave their homes because of national and religious uprisings, feels very important right now. As in today. Angela Merkel has won a fourth term – but Germany, like many other countries in the past few years, has seen a surge in popularity for more ‘nationalistic’ parties. This is not a political blog, but it’s hard to avoid politics in literature, and anyway, perhaps literature is one of the best places to explore the impact of political swings and surges on the individual. This, for me, is why Hamid’s latest novel is so powerful, even if it takes a little while to get going.

We follow the developing love affair between Saeed and Nadia, inhabitants of an un-named city which is slowly taken over by militants and sporadic acts of violence. Initially, danger seems remote, seems to be something that can be lived with: ‘In the distance Saeed’s family heard the sound of automatic gunfire, flat cracks that were not loud yet carried to them cleanly. They sat a little longer. Then Saeed’s mother suggested they return inside.’ However, the violence inexorably moves closer, encircling their lives, until Saeed and Nadia make the decision to leave. And it is this decision to flee, echoed by other characters’ stories briefly glimpsed in Hamid’s narrative, which breaks with the realism established thus far, and which sets this novel apart. People are discovering doorways which will open up elsewhere, safe or otherwise. These doors are passages to new lives, new challenges. Before she steps through, Nadia is struck by the door’s ‘darkness, its opacity …felt equally like a beginning and an end.’ All around the world, these doors are appearing and boundaries are collapsing. Border controls and walls can be easily circumvented. The open door is an obvious symbol of welcome, but Hamid’s characters quickly realise that mass movements around the planet bring their own problems for the individuals involved

Nadia and Saeed make several moves into different shifting communities, some more welcoming than others and, late in the novel, Saeed decides ‘nativeness is a relative matter’. Hamid’s doors allow the rate of global migration to speed up; his doors are a clever device to show what might be if we accept such shifts. However, whilst he might be relying on a literary trick to get his protagonists around the world, this novel remains rooted in a familiar present: ‘The news in those days was full of war and migrants and nativists, and it was full of fracturing too.’ I’m not sure it’ll win the Man Booker Prize, but I read this novel as a quiet plea for generosity towards those who seek refuge in these tumultuous times, and for that reason, I think it’s an important one.

Read my reviews of other novels on the Man Booker shortlist here:

Lincoln in the Bardo – a master craftsman at work 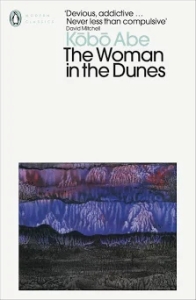